Diggin' In The Tapes (Deluxe Edition) 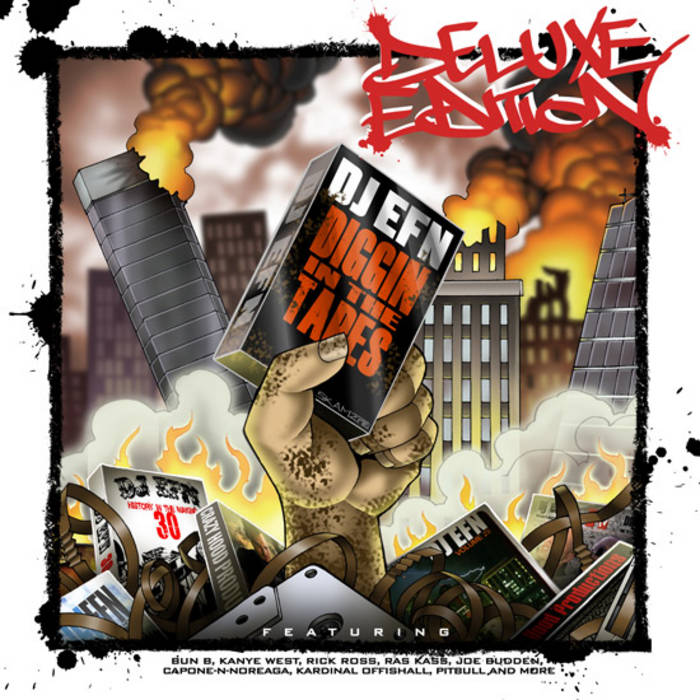 In celebration of 15 years in the mixtape game, Miami heavyweight DJ EFN has put together this compilation project entitled Diggin’ in the Tapes. Assembled over the course of an extensive search through his archives of DAT tapes, A-Dats., Mini Discs and 4-Track tapes, the set is a collection of both classic and unreleased freestyles, as well as original tracks recorded for EFN’s mixtape series. Among the big-name artists to make appearances throughout DITT are Kanye West, Rick Ross, Bun B, Cam’ron, Ras Kass, Garcia, Heckler, ¡Mayday! and the late Guru. Beats come courtesy of The Alchemist, Miami Beat Wave, Plex Luthor, Hazardis Soundz, Da Riffs, Midi Mafia and many more!

Crazy Hood Productions was founded in 1993 by DJ EFN. The label / entertainment company is credited as a pioneering force within the Miami Hip Hop scene. Their first national release hit stores in the late 90's. The label has since then released several singles and full length LP's and continues to represent Miami's raw underground Hip Hop sound. ... more

Bandcamp Daily  your guide to the world of Bandcamp

MF DOOM is given his flowers, plus appearances from MC Jada Imani and Stanley Ipkuss